So last night the mans and I went to Tavern on the Green, its restaurant week here in NYC so that means dinner for $38 (plus tip and tax).  Being that tog is a historic NYC  landmark I felt that this was a great time to check it out.  As a mere mortal there is no way I could afford to eat there non-restaurant week.   As you’d guess it was opulent but refined in its elegance.   The building was built to house the sheep that grazed in the meadows (hear that ny’ers,  this area was open land at one point) and was converted into a restaurant in the 1930’s.
So after depositing our coats and being escorted to our table, we went with the pre fix menu for NYC restaurant week.  My bf decided to add the wine pairing for an additional $20.   So he started with a Caesar  salad and I with a Atlantic char tartar.  I’ll tell you his salad was phenomenal!  My tartar was good, and the pickled beets served to offset the consistency of the fish.  For the main course he had the chicken with mushrooms and parsnips and I had the pasta carbonara.  To die! If I could have that everyday it would never be an issue for me.  They managed to toast the top without burning the macaroni (which if you’ve ever made a pasta dish in an oven know that’s a rare skill).   It was soooooooooooooo creamy and delish!  But it was not overpowering, which sometimes creamy dishes can be.  I think the noodles may have been homemade….
For desert we got the bosc pears with ice cream.  Originally it was supposed to be salted caramel, but by the time we got there all they had was vanilla.  Now here’s where it gets interesting, it was cooked with peppercorns!  It added  nice tang, but the vanilla did nothing against the peppercorns.  Salted caramel would have been just right.
Overall I would give this place 4.5 our of 5 forks,  if you want to go a do fine dinning this is a great place plus its an icon in and of itself.  Even in winter its gorgeous. 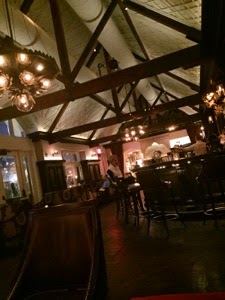 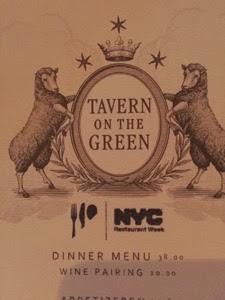 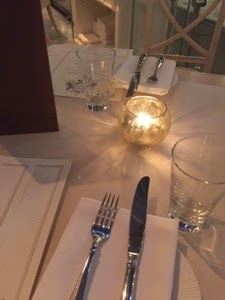 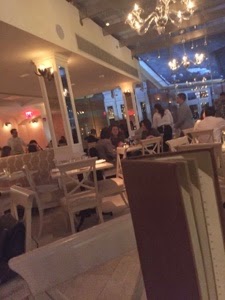 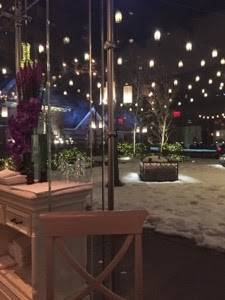 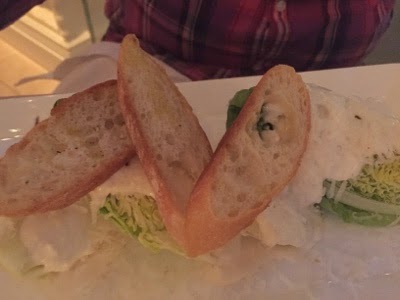 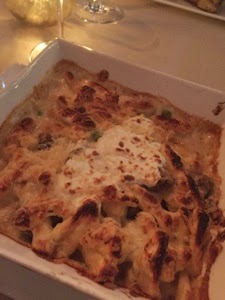 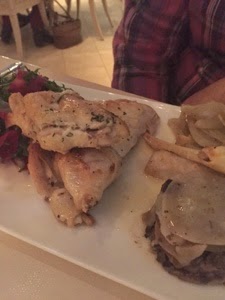 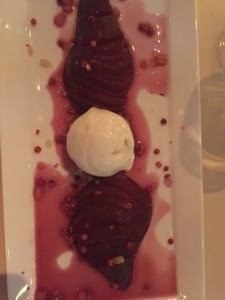 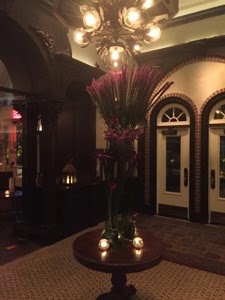 Ok so I found a photographer!  My co-worker who agreed to do this.  I’m at a new place learning and growing.  So is my waistline!  Anywho here is the deets

So recently I discovered an online auction site called invaluable.com and came across their fantastic selection of rings. After scrolling for a bit through simple bands to antique art deco statement rings I came across a stunner. You can filter to stone, metal, and style to better determine what you might be looking for. Naturally having expensive taste (but not the $$ to support it), and being a September baby I’m drawn to sapphires and found this awesome geometric one with a diamond as an accent piece. I love the simplicity of the style as well as the fact that the sapphire is a triangle cut. Which is not your average setting.

I envision this ring in a classic edgy style like Olivia Palmero, with belted hi-waisted flannel pants, crisp white button down and a classic jacket. Now it can go either way classy or casual, so I gave you tow options on shoes. And being that I live in NYC you know it goes both ways. Maybe you’re out for an interview or on a girl’s night out. The ring transitions beautifully with either and becomes the focal point of the outfit with the pop of color from the sapphire. The grays are a pseudo neutral and let the ring do all your talking. I also loved the shape as I have a similar setting and love that it’s a conversation starter.

So the next time you’re struggling with where to get that “guuurl, where did you get that ring?” head over to invaluable.com and scoop up a one of a kind item.